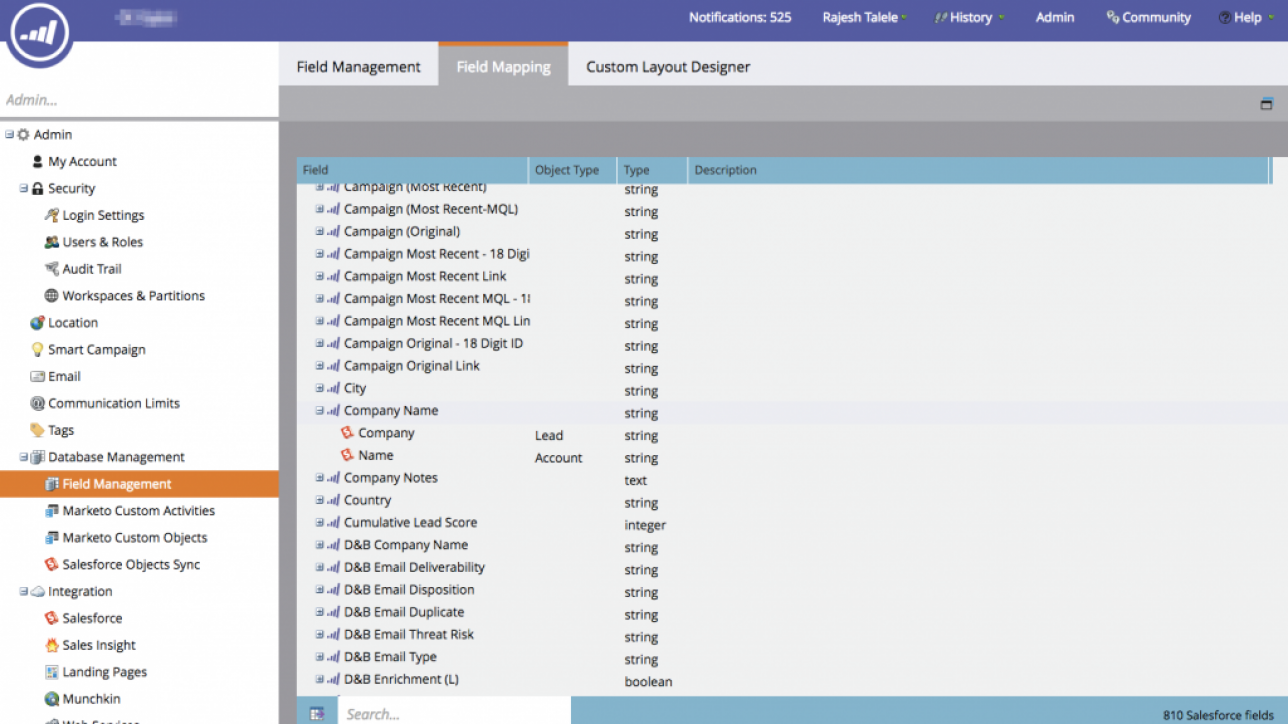 We worked with several large enterprises to help them set up, modify and in some cases, fix Marketo – SFDC field mappings. We worked with Field creation in SFDC, mappings in Marketo

Though Marketo has one of the best mechanism to integrate with SFDC, at a global scale, things can get tricky. A large leads database, complexity due to multiple regions, multiple product lines, multiple sales team and so on makes it necessary to work with someone who has mastery of both Marketo and SFDC. We have an experienced team working on such scenarios.